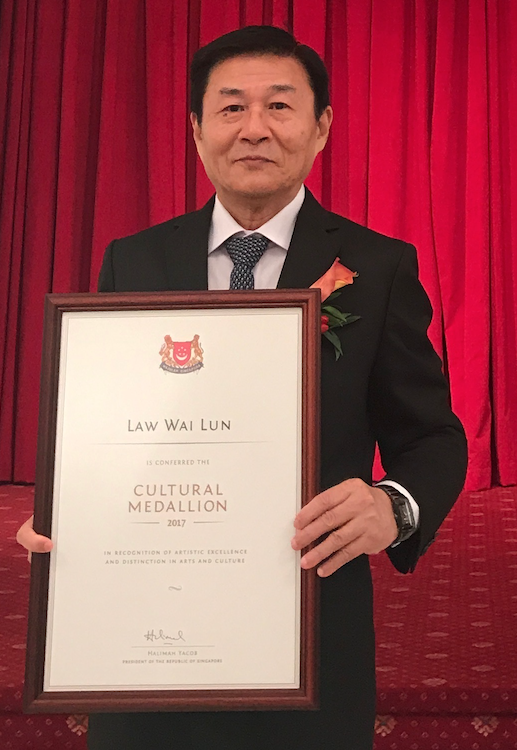 graduated from the Central Conservatory of Music in 1967 and became a full-time composer at the Central Newsreel and Documentary Film Studio in Beijing, and was later appointed a lecturer at the Hong Kong Academy for Performing Arts. He migrated to Singapore in 1995 and continues to compose several major works such as The Celestial Web (2003), mega musical production, Admiral of the Seven Seas (2005), music for the 2007 national day dance musical, Kit Chan – My Musical Journey and The Goddess – A Silent Film Concert at Huayi Festivals 2011 and 2014.

He was SCO’s composer-in-residence from August 2012 to July 2014 and often appointed as judge for various music competitions. His work, Admiral of the Seven Seas, received the honorary award at the Singapore International Competition for Chinese Orchestral Composition 2006, Beautiful Clouds Chasing the Moon and The Goddess co-composed with Luo Jian were also awarded the Golden Sail Award by the Composers and Authors Society of Hong Kong in 2007 and 2016 respectively. In 2017, he was awarded the Outstanding Artist Award by COMPASS and received The Cultural Medallion, Singapore’s highest honor in the arts, from Ministry of Culture, Community and Youth. Law Wai Lun was reappointed as the Composer-in-Residence of the Singapore Chinese Orchestra from July 2018.